The Work and Pensions Committee publishes the Government response to its report on the Health and Safety Executive’s approach to asbestos management.

In the response, the Government rejects the Committee’s key recommendation of committing to a strategy with a 40-year deadline to remove all asbestos from public and commercial buildings.

Rt Hon Sir Stephen Timms MP, Chair of the Work and Pensions Committee, said:
“The Government argues that fixing a deadline for asbestos removal would increase the opportunity for exposure, but the risk is likely to increase anyway with the drive towards retrofitting of buildings to meet net zero aspirations. Setting a clear target should just be one part of a new properly joined-up strategy. This strategy should prioritise the highest-risk buildings and urgently boost the evidence base for the safe removal and disposal of a material that is still the single greatest cause of work-related fatalities in the country.”

The report, published in April, highlighted how despite asbestos being banned more than two decades ago, the material remains in around 300,000 non-domestic buildings. There were more than 5,000 asbestos-related deaths in 2019, including from cancers such as mesothelioma.

When Manchester’s Crown Square court was closed last week for urgent asbestos checks, it was no surprise to industrial disease lawyers who are seeing an increase in a new kind of mesothelioma claim.

While some experts were predicting an end to these claims 10 years ago, as the generation of manual workers who handled asbestos decades ago died out, indirect claims from those who have never touched the fibrous mineral or believed they were exposed are now emerging. These present a new challenge for lawyers, who not only have to fight for compensation but also have to help clients understand the implications of having such a serious and unexpected condition.

This is not an epidemic of cases. Figures released last month by the Health and Safety Executive show that there were 2,544 mesothelioma deaths in Great Britain in 2020. This was a rise of 6% compared with 2019 but still broadly similar to the average over the last eight years. But analysts suggest that this rise could have been even higher in reality, given that the increased mortality rate from Covid-19 caused delays in the certification system.

The Health and Safety Executive will inspect schools across England to assess how leaders are managing the risks from asbestos.

From this September, HSE inspections of primary and secondary schools will look at how leaders are meeting their “duty to manage” the harmful building material.

Asbestos is present on more than eight in 10 school sites, a Department for Education survey in 2018 estimated.

The survey also found that almost a fifth of schools were not managing asbestos in line with government guidance.

HSE inspectors will contact schools to arrange suitable dates and times for inspections. They will also need to speak to someone “with knowledge of how asbestos is managed by the school”.

Inspectors may also need to see documents such as asbestos registers and management plans.

To prepare, the HSE said schools “may wish to review their current arrangements and check that they are meeting their duties”.

The rules require schools to take “reasonable steps” to find out if there is asbestos on their premises, as well as the amount, where it is and the condition it is in.

Schools must also presume materials contain asbestos unless there is “strong evidence that they do not”, and have to assess the risk of anyone being exposed to fibres from the materials identified.

Schools also have to prepare an asbestos management plan that sets out in detail how the risks from these materials will be managed, take “necessary steps” to put the plan into action, and periodically review and monitor the plan. 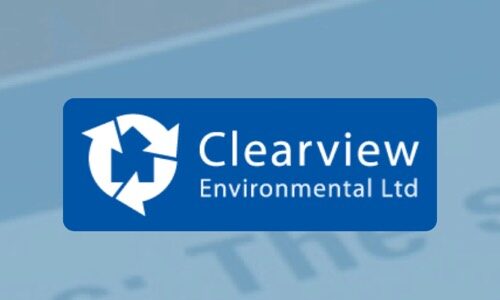